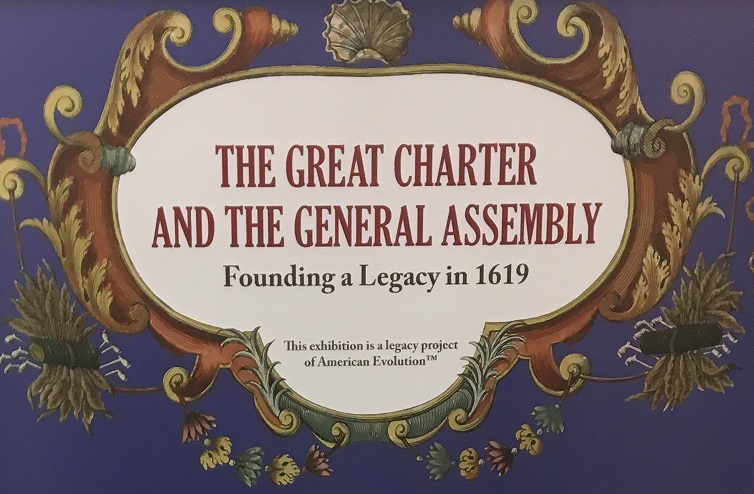 “The Great Charter and the General Assembly: Founding a Legacy in 1619” is an exhibition designed for a general audience and produced in two forms, including a wall panel exhibit to be mounted in the Virginia State Capitol Visitor Center and a set of eight pull-up banners for statewide distribution to partners. The content highlights the historical origins of the Virginia General Assembly in the Great Charter of 1618, which abolished martial law, allowed property to shift to private ownership, and authorized the governor to summon a General Assembly to act on legislation. The exhibition includes the legacy of representative government, which became the model adopted for the establishment of the government of the United States.