The Arrival of Africans to Virginia in 1619 (PDF)

Who were the first Africans who came to Virginia in 1619?

In August 1619, a privateering vessel flying the flag of the Dutch Republic arrived at Point Comfort, Virginia (in present-day Hampton). According to John Rolfe, the ship held no cargo but “20 and odd” Africans, who were traded to Governor George Yeardley and Cape Merchant Abraham Peirsey in exchange for provisions. These individuals, originally captured by Portuguese slavers in West Central Africa (likely modern-day Angola), were the first recorded Africans to arrive in English North America. In this lesson, students will learn about the lives and cultures of the first Africans to arrive in Virginia, by analyzing primary source images of significant aspects of their culture.

Post around your classroom. Use two copies of the set for a larger class.

Have students create a digital poster using Canva, Padlet, or ThingLink on the significance of 1619, including the arrival of the first Africans, the first meeting of the General Assembly, and the growing population of women in the Virginia colony. Students could also include what they have learned about the Powhatan Indians in their poster. 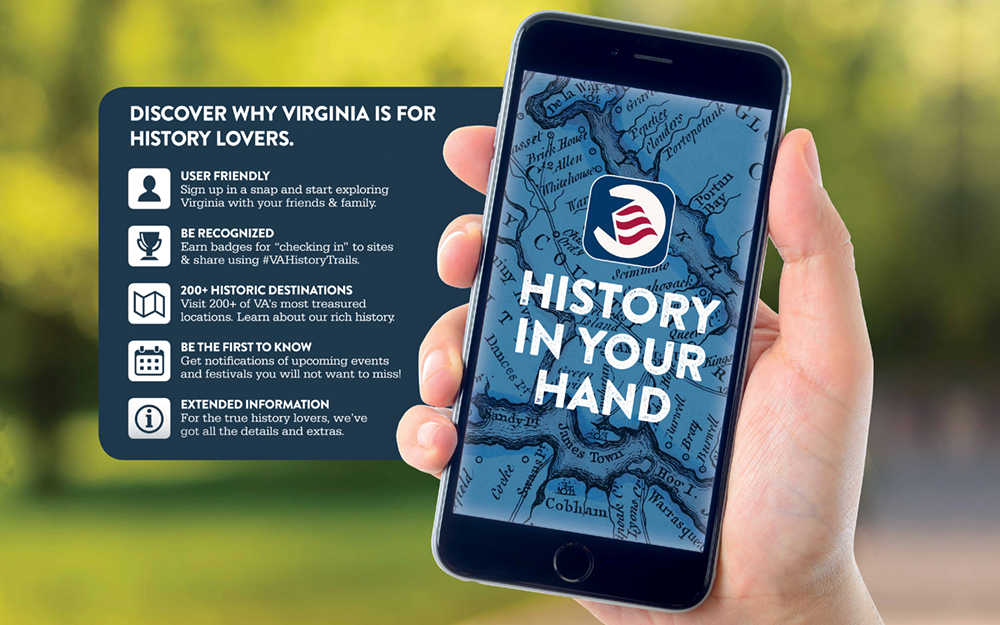 An amazing journey awaits you on the Virginia History Trails App. Vacationers and “stay-cationers” alike will be amazed to learn about the over 400 stories that the Virginia History Trails have to offer. Just turn on the app’s GPS location function and discover the rich history that surrounds you. If you are traveling from out of town, let us help you plan your trip! The VA History Trail App is truly for everyone, but particularly perfect for history lovers, family road trips, teachers & classrooms, day-trips & long weekend getaways, tour & bus operators.