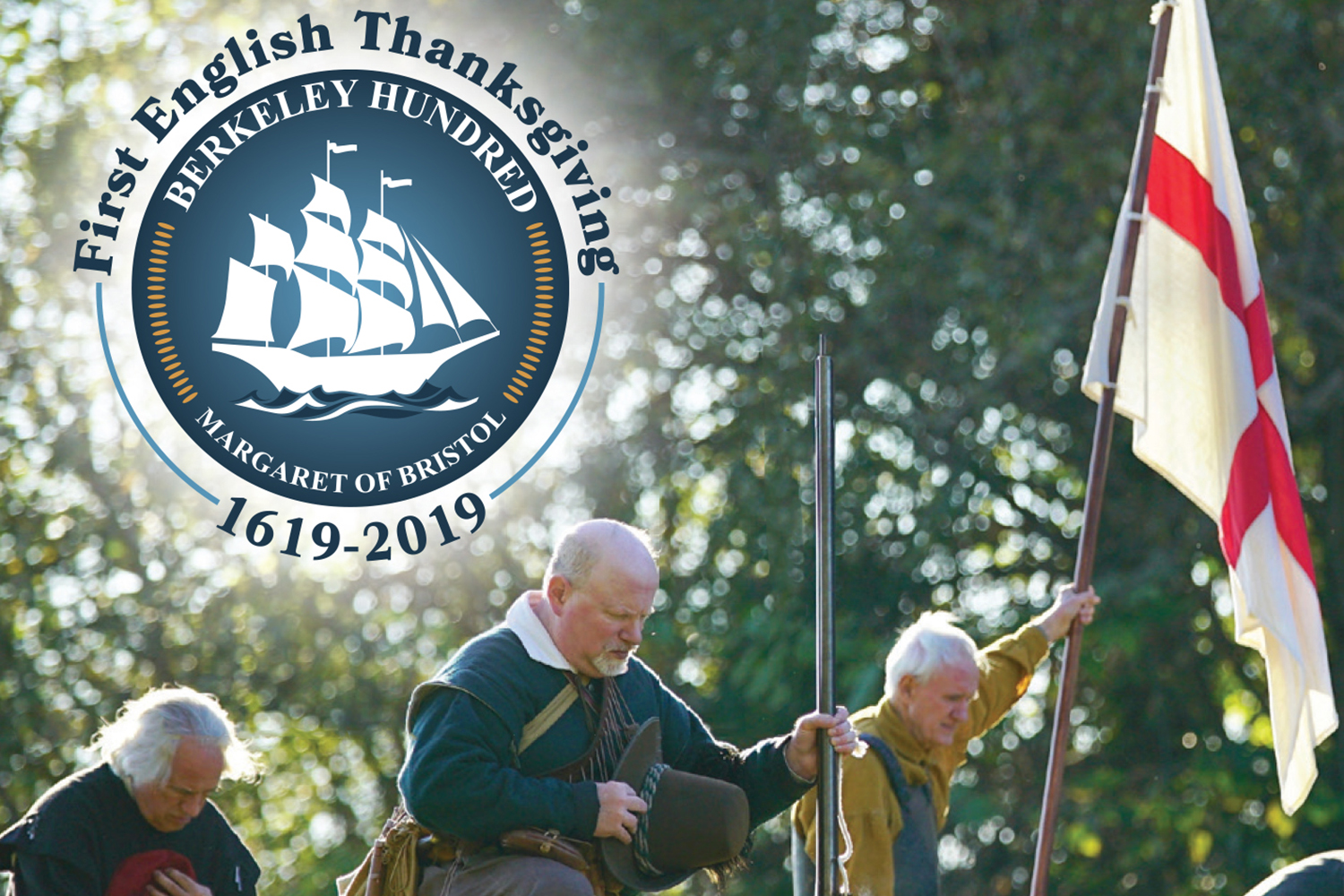 Upon safe arrival at Berkeley Hundred on December 4, 1619, a group of English settlers held a ceremony of Thanksgiving, which was to be observed “annually and perpetually.” From 2016 to 2019, American Evolution collaborated with the Virginia Thanksgiving Festival to support an annual celebration of history, featuring a reenactment of the First English Thanksgiving, cultural activities, children’s activities, and more. The 2019 Virginia Thanksgiving Festival drew a record-breaking audience with attendees from 35 states. The replica ship Godspeed, part of the Official Fleet of the Commonwealth of Virginia, anchored in the James River as a backdrop to the day’s festivities. Speakers during an afternoon commemorative ceremony included Malcolm E. Jamieson, owner of Berkeley Plantation; H. Graham Woodlief, a descendant of Captain Woodlief; Kathy J. Spangler, Executive Director of the 2019 Commemoration; and Charles Berkeley, owner of Berkeley Castle in Gloucestershire, England. Following the program, the Chickahominy Indian Tribal Dancers invited the audience to join them in a traditional Friendship Dance which concluded the day.