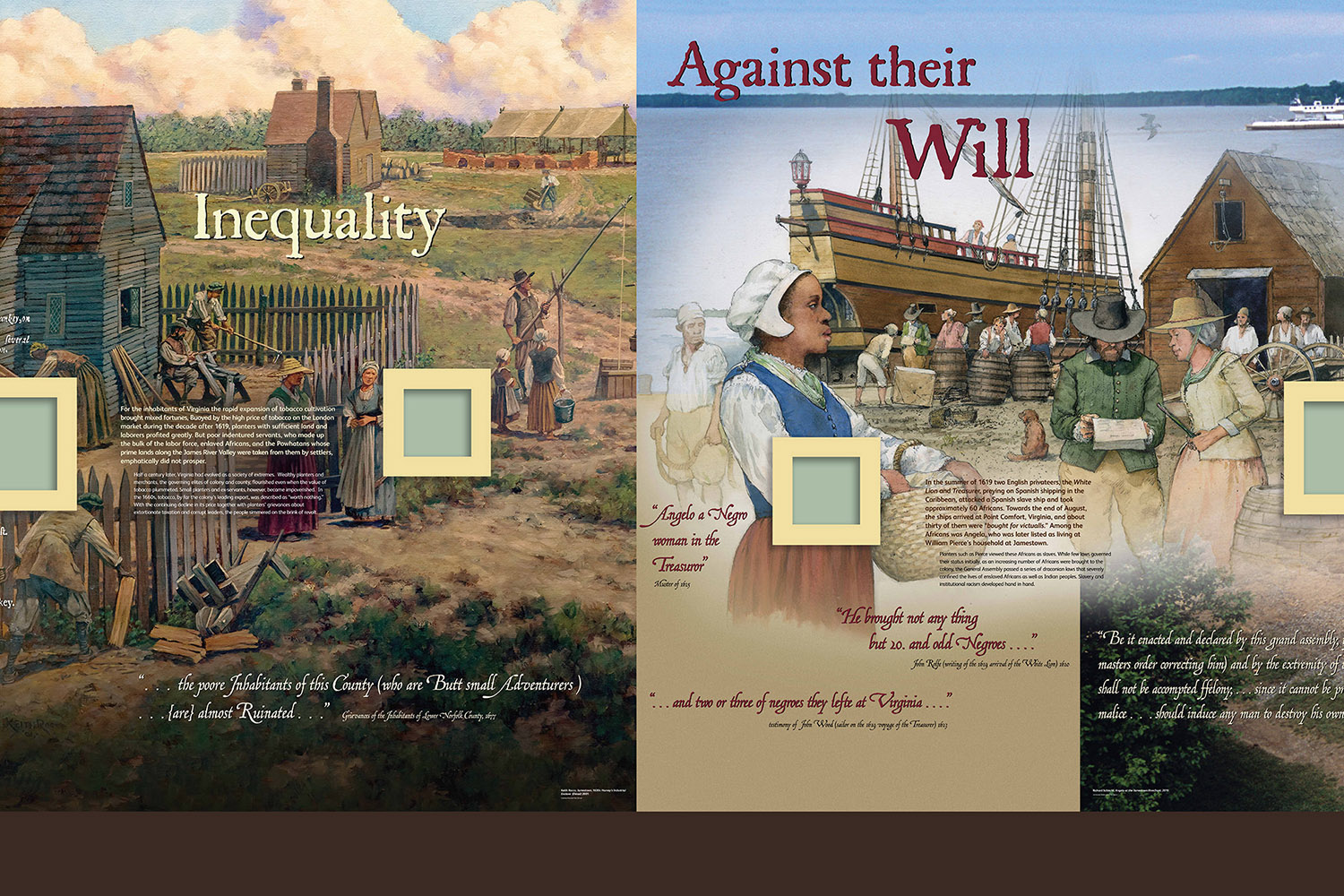 In the Footsteps of Democracy showcases the archaeological discoveries that identified the exact footprint of Jamestown’s 1617-18 church where the first legislative assembly took place and where democracy in America was born during 1619. The exhibition inside the Memorial Church reflects the interior of the earlier church with wooden floors, a center aisle of brick, and pavers in the chancel around the restored Knight’s Tombstone. A partial reconstruction of the 1617-18 timber-frame church, including a belfry that houses a reconstruction of the original bell, helps define the size of the space. In addition, reinforced glass now covers the Knight’s Tombstone and another glass portal covers a portion of the original 1617-18 cobblestone and brick foundations along the south wall.

From Fort to Port: Legacies of 1619, located in the Nathalie P. & Alan M. Voorhees Archaearium, examines Jamestown’s evolution from a small triangular fort to a thriving port city. It challenges long-held perceptions of democracy, diversity, and race in early English America through exploration of difficult themes such as the ‘othering’ and exploitation of Africans, Virginia Indians, and indentured servants, the genesis of an English system of race-based slavery, and the establishment of a plantation society reliant on tobacco. It also explores the impact of the large-scale uprising against the government known as Bacon’s Rebellion. The exhibit includes a full-scale representation of the two rows of houses constructed in James Fort in 1610-11 as the beginning of the new phase of timber-frame construction leading to the 1617-18 church building.