AMERICAN EVOLUTION™ commemorated the 400th anniversary of several key historical events that occurred in Virginia in 1619 that continue to influence America today. Featured events, programs and legacy projects inspired local, national and international engagement in the themes of democracy, diversity and opportunity.

WHAT MAKES 1619 AN IMPORTANT YEAR IN AMERICAN HISTORY?

1619 was a pivotal year in the establishment of the first permanent English colony in North America.

The first “General Assembly,” composed of men from each of Virginia’s eleven major settlements, met for the first time at Jamestown from July 30-August 4, 1619, planting the seed of democracy in America.

Arrival of the First Recorded Africans to English North America

The first enslaved Africans arrived at Point Comfort, Virginia (modern-day Fort Monroe) in late August 1619. The “20 and odd” Africans were from West Central Africa and were traded in exchange for provisions.

Upon their safe arrival at Berkeley Hundred on December 4, 1619, a group of English settlers held a ceremony of Thanksgiving which was to be observed annually and perpetually.

Entrepreneurial and Innovative Spirit of the Virginia Colony

A series of new laws passed in 1619 allowed Virginia’s colonists to experiment with various industries, helping to set the groundwork for America’s free enterprise system.

WHY IS COMMEMORATING HISTORIC EVENTS IMPORTANT?

The commemoration of formative events in our nation’s history is a core element of civics education. As a society, we need to fully understand the foundation of today’s America. Learning about the challenges, successes and inequities of the past enables a full appreciation of the difficult path our nation has taken to become what it is today. This honest historical perspective empowers and motivates both current and future generations to take an active role in shaping the course of our nation’s future. 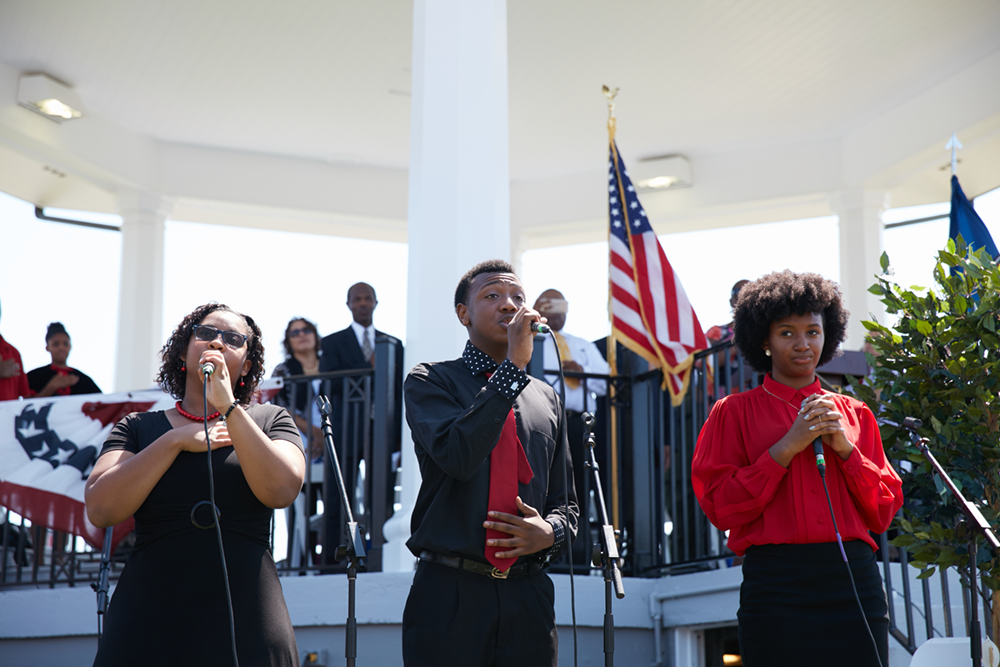 THEMES OF THE COMMEMORATION